The TMG code is based on the advancing front technique, and provides a way to triangulate general domains in two dimension, possibly divided into subdomains, with holes, and with curved boundaries.

The code is written in C, and the graphical part requires an interface with xview, denoted xsti. This works fine under Linux, but requires version 3.2p1.4-4 (or later) of the xview package (can be found e.g. on the contrib part of RedHat 5.1), and not so fine under Solaris. Download via ftp from ftp.dmf.unicatt.it or via http from dmf.unicatt.it. The development version is maintained in the subversion repository https://svn.dmf.unicatt.it/svn/projects/software/tmg 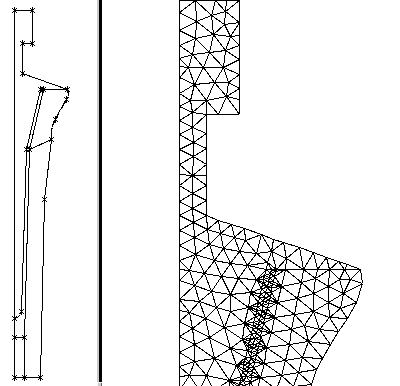 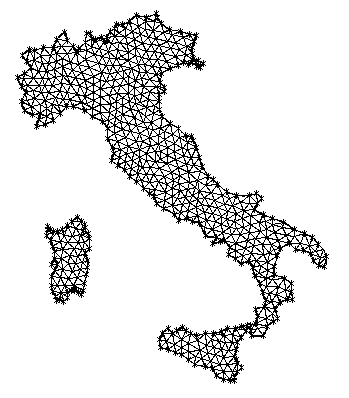 Here is another example...

And an example with a hole. It is also possible to mesh the interior of the hole as well by using multiple subdomains. Here is a gif image of the resulting mesh.